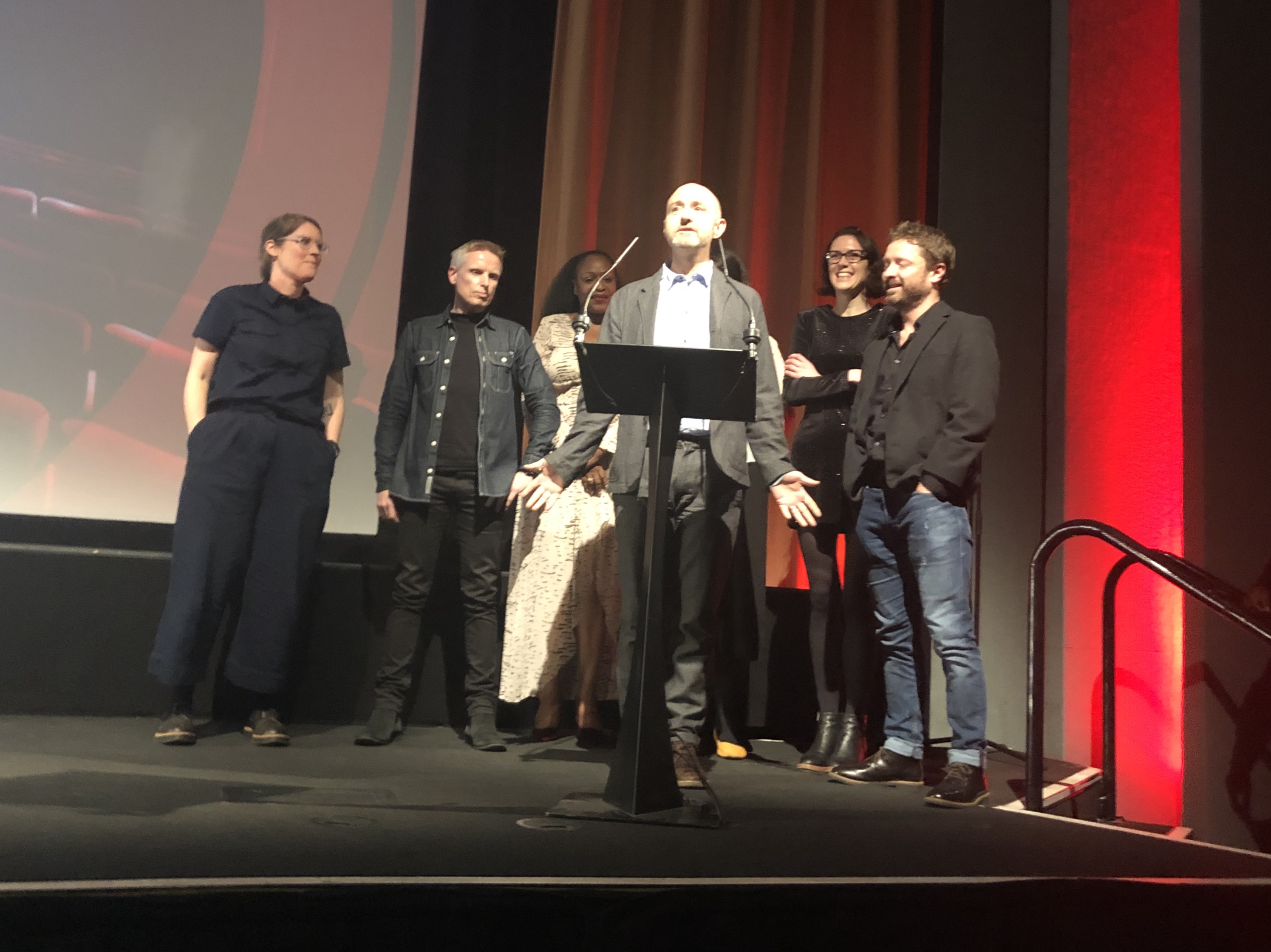 Wisebuddah has been crowned as Production Company of the Year at the Audio Production Awards in London.

Overall 21 different independent production companies won a total of 32 awards, along with several national and local BBC stations, plus a range of grassroots and commercial broadcasters picking up awards. The freelance community was also well represented.

The special Gold Award went to Jez Nelson, co-founder of production company Somethin’ Else, and former pirate radio, BBC and now Jazz FM presenter, for his outstanding contribution to radio. 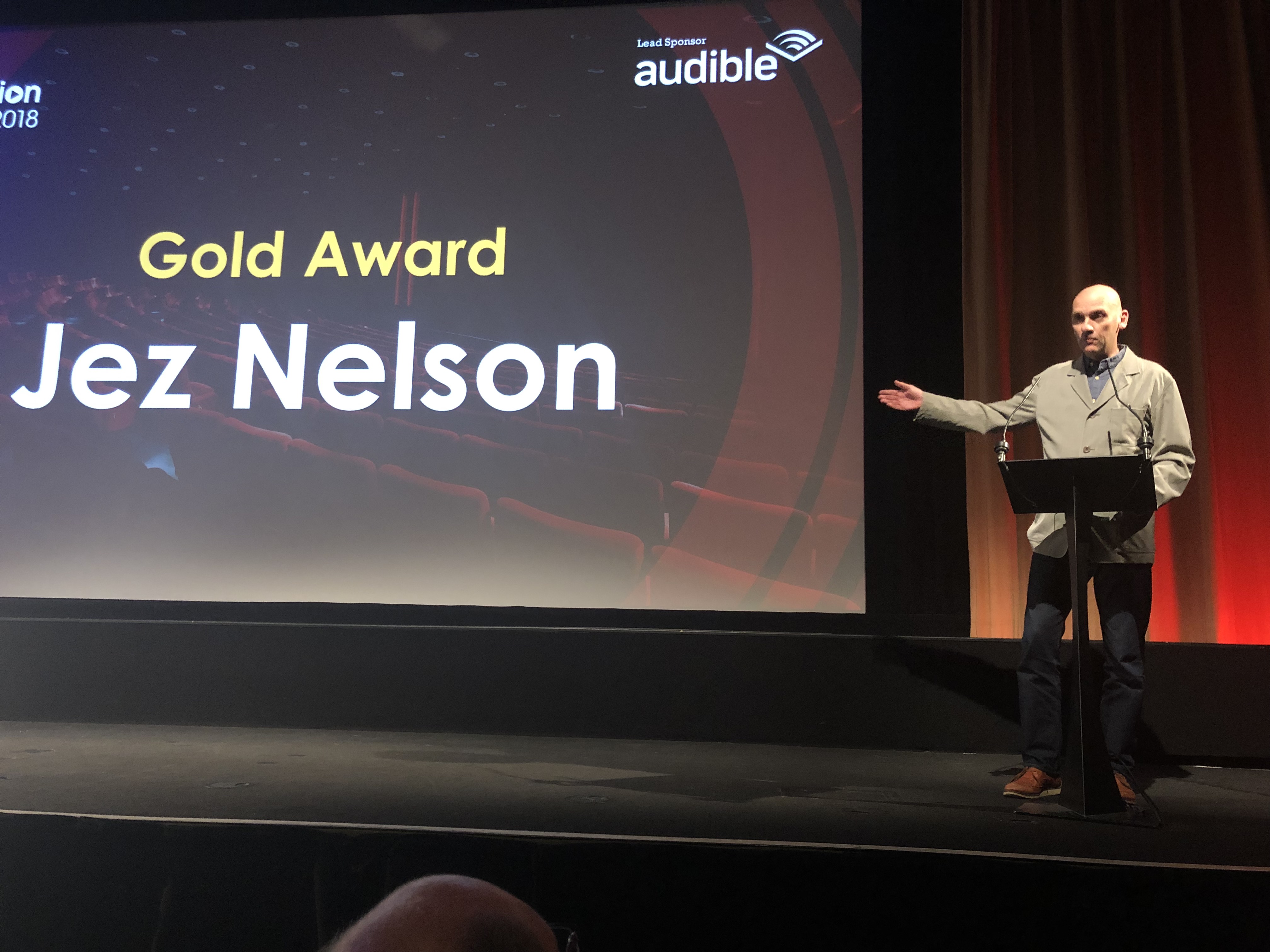 Will Jackson, Managing Director of AudioUK, which organises the APAs, said: “It’s great to see a good range of winners, showing the effectiveness of our blind judging process. In the year when we rebranded to AudioUK to reflect the wider activity of the production sector, it’s also very encouraging to see podcast and audiobook professionals winning not just in their specialist categories but across others too.

Commercial radio also had some success and we hope that will continue to grow as a result of producers working more with stations, as a result of the forthcoming Audio Content Fund.”

Steve Carsey, Senior Director of Original Programming, Audible, said: “More people than ever are enjoying expertly-produced audiobooks, dramas, podcasts and radio, and at Audible we’re excited to be part of this evolving landscape, investing an increasing amount in a huge range of innovative listening experiences across all genres. We’re very proud to join AudioUK again this year in recognising excellence and craftsmanship of producers, presenters, technicians, sound- designers and performers in this vibrant industry. Congratulations to all the winners and nominees.”

Congratulations to @wisebuddah for winning ‘Production Company of the year’ at the Audio Production Awards 2018 #audibleAPAs18 pic.twitter.com/RrSaJSwD7s

This category celebrates the best of arts and culture-based audio, reported and produced to the highest of standards, giving a sense of special insight into the subject.

This award is for an exceptional producer working in music audio. Entries can range from single programmes and documentaries to sequence programmes, as well as specialist music programming, live music and discussion.

This category is for non-news based factual programming. The judges will be looking for a strong storytelling capability and a crystal clear, gripping narrative, plus compelling and creative production values that resonate with the audience.

Entries can feature outstanding, engaging sports programming from many formats; from live daytime programmes to round-table podcasts, but they must relate to sports in a clear and defined way.

Recognising producers who successfully create fresh and fun entertainment content. For example, entries might be drawn from live programmes and/or light-hearted podcasts.

All comedy-based audio can be entered here, including sitcoms, scripted comedy, sketch shows or comedy-led panel shows. Any format with the primary aim of making people laugh fits the bill. The category is named in honour of the pioneering Welsh comedy producer and performer, Gethin Wyn Thomas, who died suddenly and prematurely earlier last year.

Entries here may span a wide range of formats and subject matter. The key is that they must have been created in a live broadcast setting.

Celebrating an outstanding Podcast Producer who truly understands the special possibilities of the medium.

Recognising exceptional producers who know how to bring the story, characters and narrative to life in listeners’ minds.

Judges will be looking at the range and choice of material, performance, direction and production values here. Producers can enter an unedited section from a single book/reading or extracts from several books/readings.

Celebrating a newcomer to audio production who shows potential to reach the very highest level.

For exceptional contributions to audio imaging and/or station sound production.

Celebrating the talents of sound designers, mixers, studio managers and others who create startling soundscapes that elevate audio from great to extraordinary.

For an individual, production company, radio/audio station or community-based organisation that has shown extraordinary achievement in identifying, nurturing or mentoring new and diverse talent to the audio industry.

AUDIO PERFORMER OF THE YEAR

Recognising and rewarding a performer who has demonstrated exceptional talent at interpreting the written word over the year, as exemplified by a single outstanding piece of work or a body of work. This could include narrators of audiobooks or actors in an audio drama.

For outstanding presenters who have recently entered the audio world or recently gainedsignificant mainstream presentation recognition for the first time.

Jez Nelson, CEO at Somethin’ Else

Recognising and celebrating an individual who has made an outstanding contribution, usually over a number of years, to the audio sector in the UK.

PRODUCTION COMPANY OF THE YEAR

This award recognises and celebrates a company’s success across the year.

Need a new or improved logo for your radio station? Visit OhMy.Graphics and see how awesome you can look.
Posted on Thursday, November 22nd, 2018 at 9:57 pm by Roy Martin