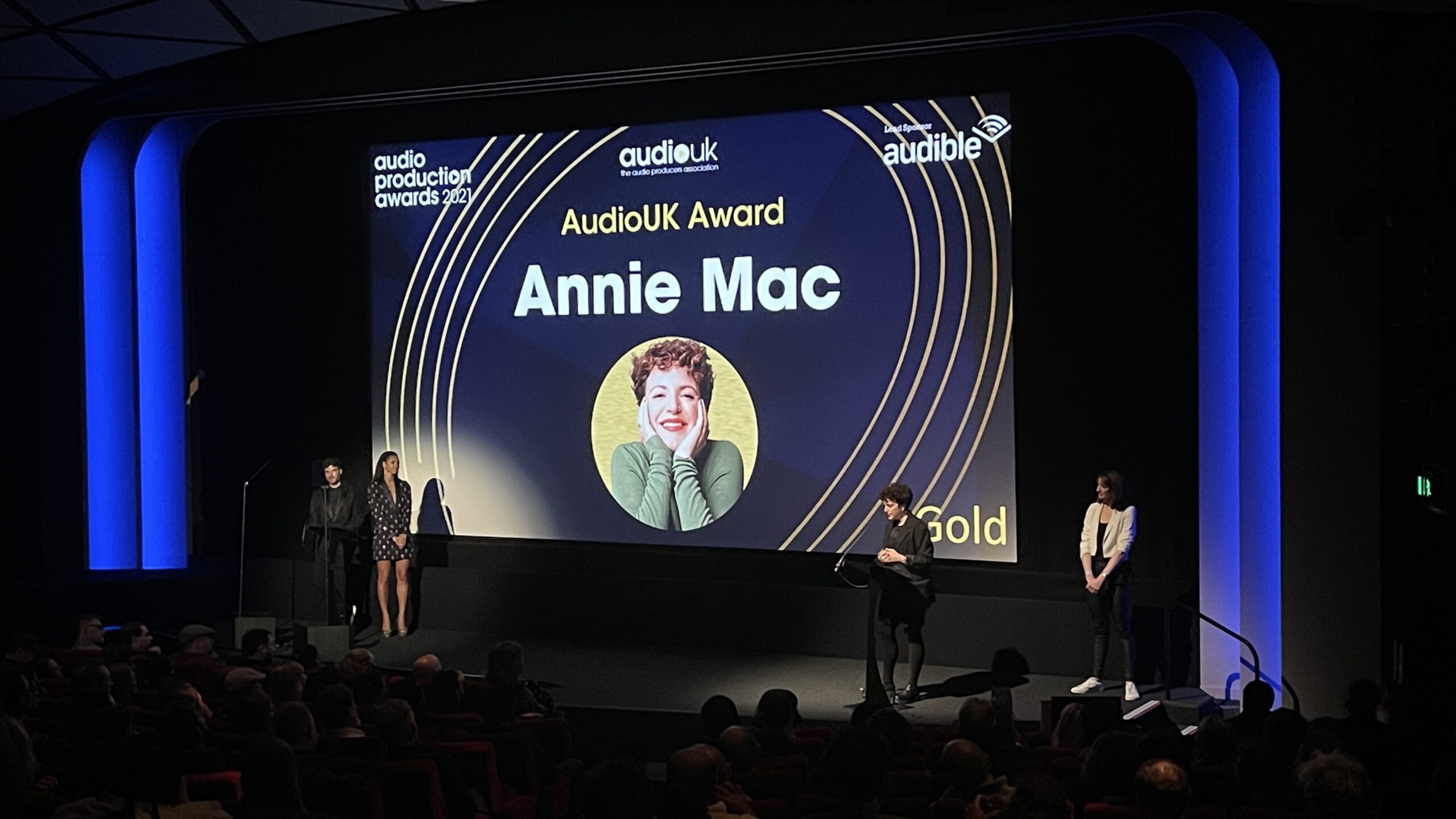 The Audio Production Awards were held at a gala evening on Wednesday 24 November at the BFI on London’s South Bank hosted by BBC Radio 1 presenters Jordan North & Vick Hope.

This year’s winners also included Ade Oladipo, who won an award for Best New Voice for his work at talkSPORT, including the Audio Content Fund-financed ‘Kick-off: Added Time’.

The Grassroots award was won by We are VOICES, a British Red Cross/VOICES network initiative that involved refugees and asylum seekers learning production skills to make podcasts building understanding and empathy through stories of lived experience.

For audiobooks, actor Olivia Coleman won Gold for Best Narrator for her work with Harper Collins.

Kellie While, Chair of AudioUK, said: “It’s been fantastic to have everyone back together in one place to celebrate our wonderful industry- this year’s nominees and winners can all be so proud of their work, produced to such a high standard in times which are still difficult for many.

“We hope these awards will inspire the next generation of production talent to seek recognition and we hope to see them here next year, up on the stage where they belong.”

GOLD – Ricky Wilson – Made in Manchester

SILVER – Ashley Byrne – Made in Manchester

SILVER – Made in Manchester

Need a new or improved logo for your radio station? Visit OhMy.Graphics and see how awesome you can look.
Posted on Thursday, November 25th, 2021 at 9:16 am by RadioToday UK