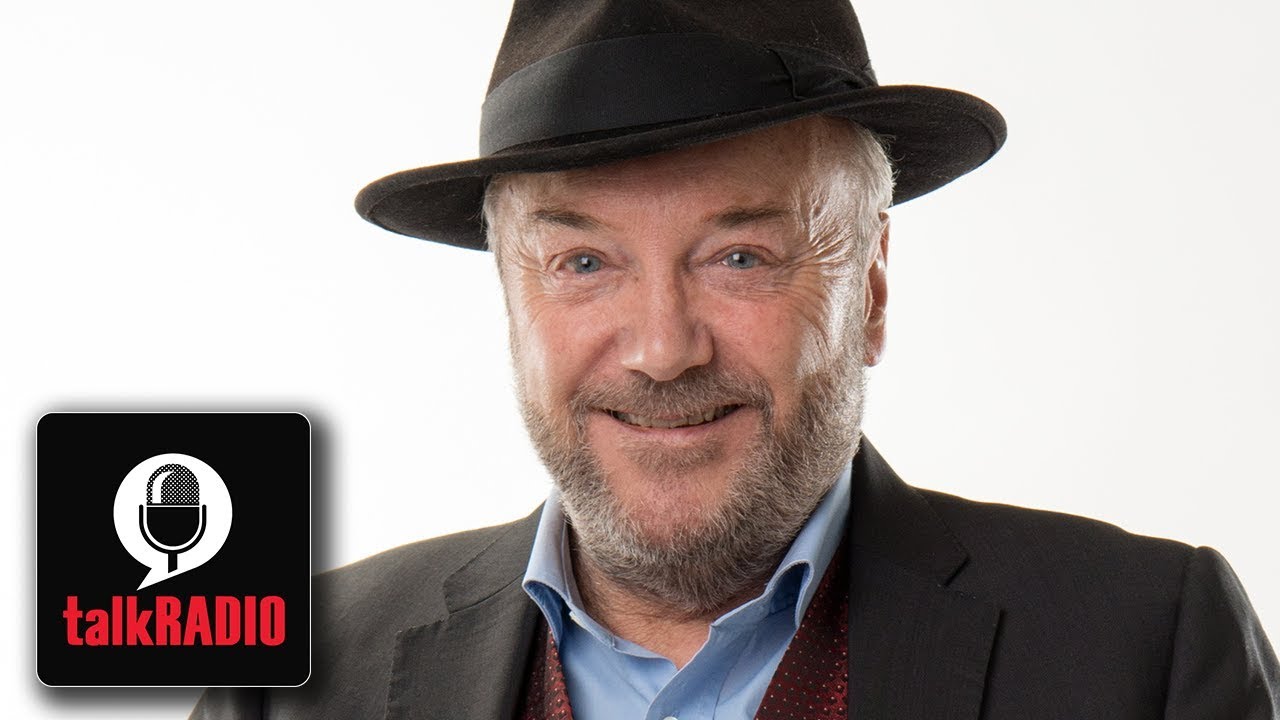 talkRADIO has terminated George Galloway’s contract following his tweet at the weekend after Liverpool beat Tottenham Hotspur in the Champions League final.

Not long after the final whistle on Saturday night, Mr Galloway wrote: “Congratulations to the great people of Liverpool to the memory of the socialist miner Bill Shankley to the fallen 96 to those who fought justice for them and to the Liverpool dockers. No Israel flags on the Cup!”

Congratulations to the great people of #Liverpool to the memory of the socialist miner #BillShankley to the fallen #96 to those who fought for justice for them and to the Liverpool dockers. No #Israël flags on the Cup!

He added:”I’ve been given a Red Card from @talkRADIO for “over-celebrating” #Liverpool famous victory over Spurs. Not sure it’s the wisest move Mr Murdoch’s team ever made given the history and all. The Mother of All Talkshows – Unleashed- will not be silenced. Stay tuned for further details.”

Mr Galloway has been on the current talkRADIO for the last two years, joining after the 2016 Mayoral election. He does the Friday night 7-10pm slot. He had previously been on talkSPORT 2006-2012. 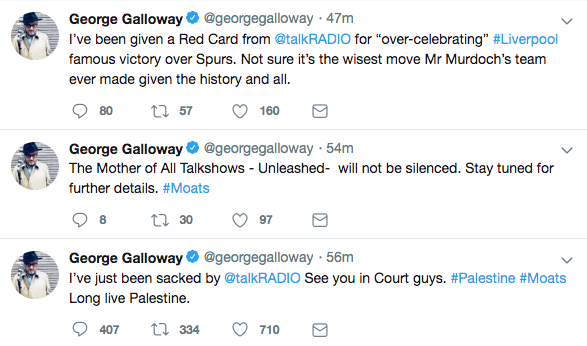