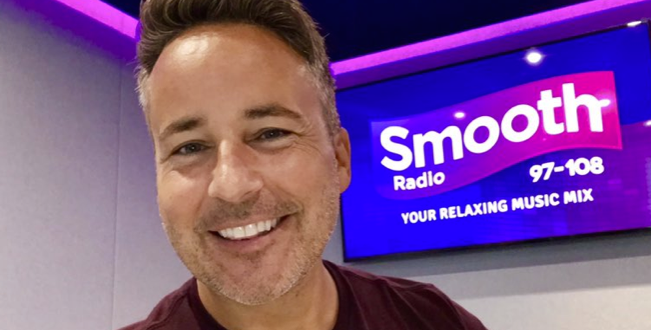 Smooth Radio’s North West breakfast show with Darren Parks was replaced by Gary King in London for a few hours on Friday morning.

A technical issue in Manchester meant the Communicorp station continued to take London output from Global beyond the usual 6am opt-out.

Listeners in the North West heard London news, weather, travel and conversation for the first half of the breakfast show.

A Smooth Radio spokesperson told RadioToday: “There was a technical issue in Manchester this morning, which is still being investigated, but all services were back to normal by 8.30am.”

Darren Parks thanked Smooth London for keeping the ship afloat when he reappeared saying it was nice to be back on.

I tuned in this morning and got the London version. I knew the Drive Time was going national but thought companies like Global had to have 3 hours of regional programming

Smooth Radio did plan to network its breakfast show following the syndication of Capital and Heart Breakfast but changed direction to announce the networking of Drive instead, which starts in September with Angie Greaves.

It’s the final #Top500 hour of the week and @radiodarrenuk has saved some of the biggest legends for last! Enjoy @celinedion, @johnlegend & #MarvinGaye (plus the latest traffic news for the North West is just around the corner) ? ☀️ pic.twitter.com/muv00MlM6i

Need a new or improved logo for your radio station? Visit OhMy.Graphics and see how awesome you can look.
Posted on Friday, July 26th, 2019 at 8:38 am by Roy Martin