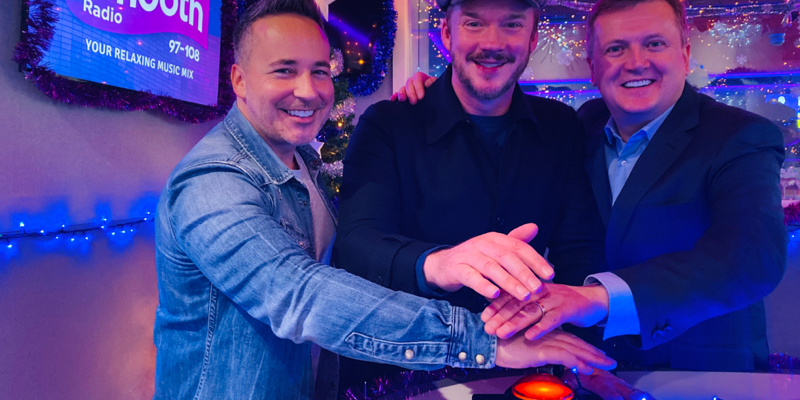 Over 2000 lights were turned on as the duo talked about taking part in the station’s Carols on the Cobbles event with Coronation Street: The Tour.

Speaking to Darren Parks, Aled said: “I’m very excited to be singing on the cobbles. I found out that Chesney had named his baby Aled after it was born in a cable car above the Great Orme in Llandudno because he was Walking in the Air!”

Following Aled’s early fame with The Snowman, Russell said: “Last Christmas, everywhere I went, I sent Aled pictures of me with various different snowman which you loved, didn’t you?”

Responding to Russell, Aled said: “I loved it for the first day and then for the following four weeks, I’d get about twenty texts a day. As you can imagine, it wore a little thin by the end!”

Need a new or improved logo for your radio station? Visit OhMy.Graphics and see how awesome you can look.
Posted on Monday, November 25th, 2019 at 7:44 am by Roy Martin