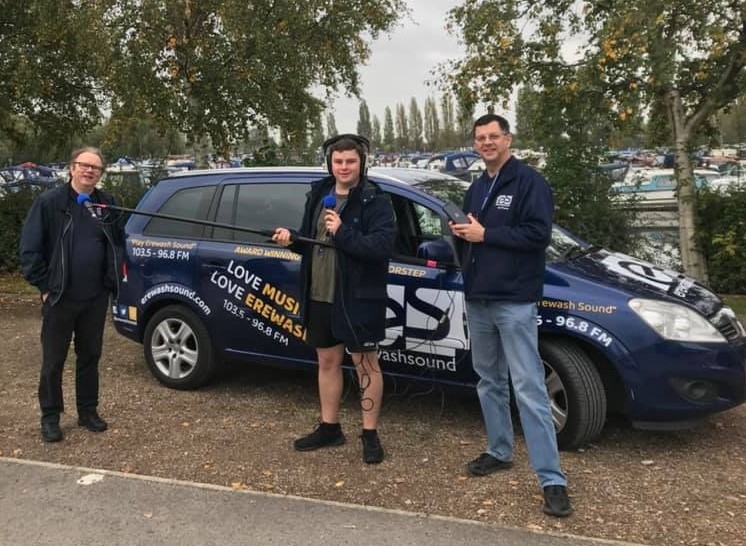 “In a year when radio listenership is on the up but local radio choices have gone down Local Radio Day 2020 has found a new relevancy.

Over 150 radio stations actively participated in this year’s event on Monday 12th October.

At one point #LocalRadioDay was trending just behind #Lockdown when the prime minister was announcing new restrictions in parliament.

This year’s theme, ‘Communities making waves: turning the tide on isolation’ drew on the inspirational stories that have emerged from a time of national crisis. The pandemic has highlighted the need to unite during isolation, to join meaningful and supportive networks, and local radio has proved an invaluable medium to facilitate to help make this happen.

Radio stations from all around the UK celebrated local radio by championing initiatives in their communities, helping charities and encouraging conversation to tackle loneliness.

BBC Local Radio ran the “Make a Difference” Pledge to Talk initiative. Mark Carter, Editor at BBC Radio Sussex and Surrey, said: “It was great to celebrate Local Radio Day with #PledgeToTalk, encouraging listeners to talk to friends and family they hadn’t spoken to for some time, tackling loneliness and self-isolation during the pandemic. It was heart-warming to see so many people getting involved.”

All 39 BBC Local Radio Stations took part. “Some of the stories that inspired me included the Cambridge student left feeling isolated in her first term at university but then being reunited with her best friend from oversees. There was Sue in Worcestershire who told the story of being able to call her terminally ill friend and what it meant to have that last conversation with her. Our Pledge To Talk reminded Sue to open her address book and call some other people today. Plus, over at Radio Solent, there was the son who had fallen out with his Mum and not spoken to her for three weeks. The Pledge To Talk made him pick up the phone, have a long chat and now they are closer than ever.”

Over a hundred community radio stations joined in with Local Radio Day. Deputy First Minister of Scotland, John Swinney said on Heartland FM, “Local Radio Stations are a critical part of our communities. They provide a means of ensuring that people get high quality information about what’s going on and can support people in getting access to services.

That whole approach is so important during the pandemic where we have seen people supported by their local radio stations. That has been so demonstrated here in Perthshire by the work of Heartland FM who have offered support when people needed it the most.”

Erewash Sound marked the occasion by turning on a new transmitter and launching their new frequency. Station manager, Jeff Martin, who campaigned for many years to get his part of Derbyshire its own radio station, led a broadcast team around the new transmission area. Susy Radio and Radio Verulam also managed to get out into their communities while remaining Covid secure.

Somer Valley FM’s new manager, Richard Burgess, said, “I’ve only just started this job but what a day it has been to understand the relationship between out listeners and presented. All our voices are local and the 17 live hours we did packed with local guests were terrific, and the reaction has been really positive.”

The day was supported by The Radio Academy, Community Media Association, and BBC Local Radio. Event organisers, Local Radio Alliance, provided all registered stations with a pack of resources to support the day. This included over a hundred customised jingles made by David Harber of Andover Radio.

Maxine Stride, Director at Local Radio Alliance, commented: “Thanks to each and every station who participated. We are absolutely delighted to announce that #LocalRadioDay was trending on Twitter and reached 6th in the UK! It is amazing to see so many stations and their communities combating isolation and doing what they do best, making waves.”

This article was first published in our regular email newsletter for the radio industry, eRADIO. Click here to subscribe to the next edition.