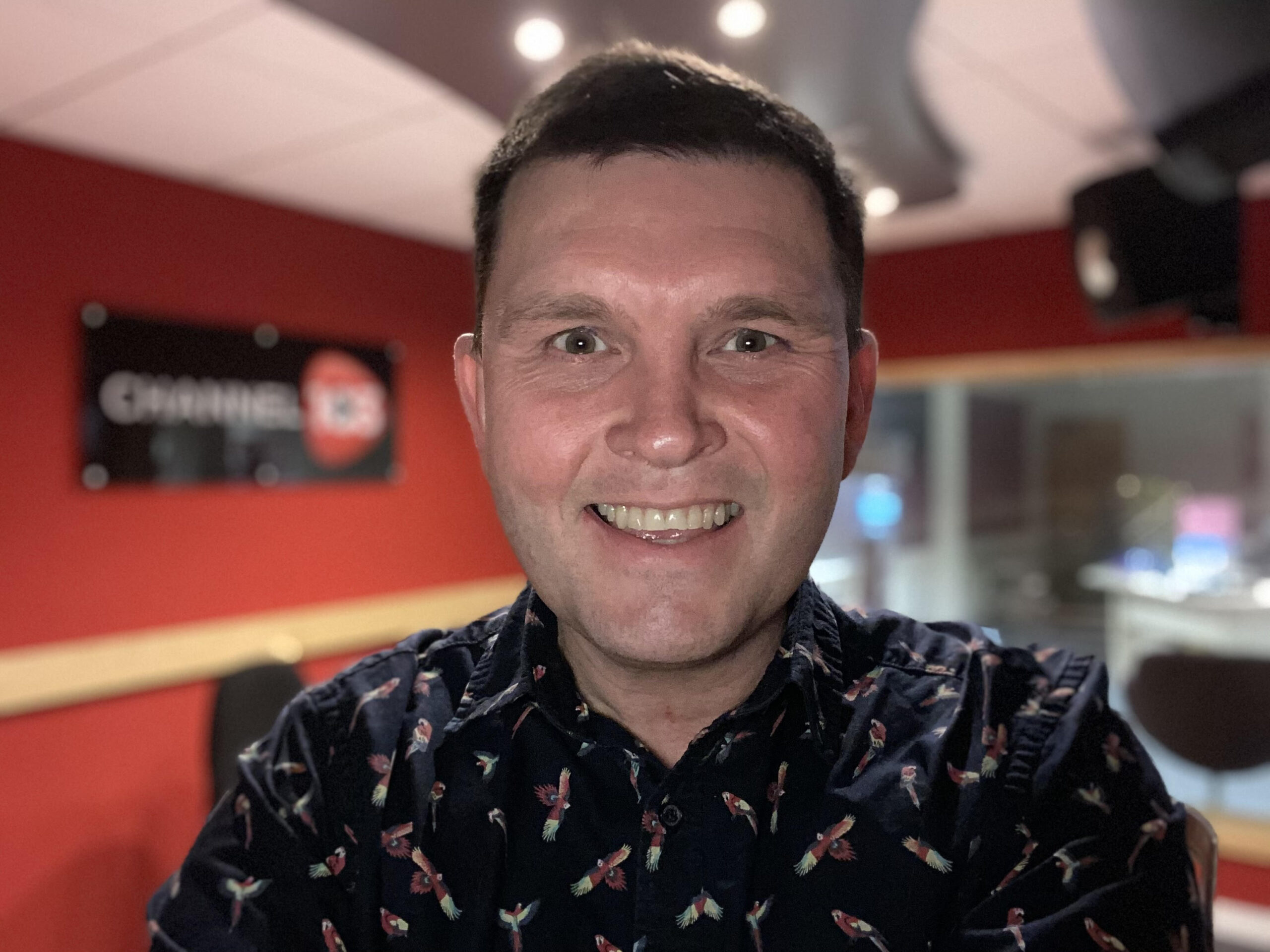 For the first time in an absolute age, I’ve discovered a radio station that feels like it was made just for me.

Soleil Radio launched on the new Channel Islands DAB+ multiplex a few weeks back and I’ve been listening to it daily ever since. For me, every one of its ‘relaxing’ songs is an absolute sure-fire winner. I’ve found the radio station that is like a perfect pair of slippers!

Hello. My name is Gary Burgess. Over the years I’ve presented or programmed radio stations across the UK, starting at the wonderful Radio Wave in Blackpool as a teaboy in 1992 – eventually making my way up the greasy pole to breakfast show presenter and programme controller – via Wire FM in Warrington, Q96 in Renfrewshire, Island FM in Guernsey, Juice FM in Liverpool where I also oversaw programming across the then UTV Radio portfolio across the north of England, BBC Radio Guernsey, and most recently Channel 103 in Jersey. I moved full time to TV in 2011, working for ITV News ever since, but radio remains my first love.

I’ve just taken early retirement from work for health reasons at the age of 45 – it’s alright for some, hey – and I find myself taking a renewed interest in all things radio as a listener again.

I read a lot about the loss of local radio, about the big groups gobbling up licences, and of people mourning the death of the medium. My own experience is the opposite. I see a radio industry in rude health.

Global continues to absolutely nail their output with laser-like focus across Capital, Heart, LBC and co. I’m a regular dipper-inner to LBC and am always quickly engrossed by their output which always seems to capture the mood of the day with a deft touch that allows for both serious debate and more than a sprinkling of good humour. Their social media game is of the highest order with video iterations of their output which drive traffic to their excellent website and act as a reminder to me that I’m missing out when not listening in.

Across at Bauer, they continue to get their act together on the Greatest Hits Radio front and their powerhouse brand, Absolute, sets the standard for brand extensions, smart split links, and – more recently – special standalone programmes that add weight and depth to their output. Hits Radio, and its unbranded equivalent on some of their remaining heritage brands, does its thing – though I’m far from their target so can’t really judge if it’s cutting through, and Scala Radio quietly gets on with its business without fuss.

Another station that increasingly attracts my ears is Times Radio. As brand extensions go, and with the ability to piggy back the editorial powerhouse of its newspaper parent brand, it’s a truly excellent radio station. Matt Chorley on mid-mornings is an absolute highlight of the schedule. Give him a go. Politics, irreverence, and a complete understanding of how the medium of radio can be used to create truly compelling content which is then re-versioned into his daily Red Box podcast.

Other Wireless stablemates, Virgin Radio and Talk Radio, also know how to attract a loyal audience who love what they do.

Also more than deserving of a mention, and of a listen if you get the chance, is Boom Radio. David Lloyd and co have created the perfect home for the boomer generation, with a mix of presenters that are utterly familiar combined with a playlist that gives the sense of every track being carefully handpicked for the listeners’ benefit. It’s one of those stations where you can easily pop it on to ‘give it a go’ for five minutes, and be there an hour or two later absorbed by songs you just weren’t expecting to hear alongside presenters who are clearly loving what they do.

Beyond all that, local radio continues in many guises. Here in the Channel Islands we have Channel 103 in Jersey and Island FM in Guernsey who continue to dominate the market with reaches and shares others could only dream of. Yes, it’s easier when your TSA is dictated by the coastline of your patch, but they also face completion from Local BBC Radio, and national brands, yet the audience sticks with them thanks to a blend of tightly-targeted music, news output that owns the area it serves, and presenters who clearly love where they live. It’s a reminder that it doesn’t have to be complicated. Get the basics right and do them very very well.

All that before I even mention community radio, for many the real tier of truly local radio. I’ll be honest, I’ve not listened enough of any to form a proper view, but that they exist and that they create an opportunity for new broadcasters to connect with a local audience is to be cherished, nurtured and appreciated.

Finally, in my radio sights is the rollout of truly local DAB. We’ve just had our switch on here in the islands, and there’s much more to come right across the British Isles in the coming months and years. Another round of applicants have just got their applications in for the latest round advertised by Ofcom. Good luck to them all.

I hope those who are successful in their multiplex bids do use the moment to really expand choice and create a new set of local stations, and not just use their transmitter to rebroadcast only existing local services and some national brands. It strikes me as the perfect opportunity to experiment with pop up stations to serve real niches, whether local events, or simply something aimed at a hyper-local slice of the local community. Effectively there’s now a place to be braver, even to fail fast with some station, but to at least give it a try.

And so, having worked my way across the dial (well a series of apps and my Google Home speaker) it’s back to Soleil Radio in the car. It’s playing England Dan and John Ford Coley’s I’d Really Love To See You Tonight, and suddenly all is well with the world.

This article first appeared in eRADIO – the regular weekly email newsletter for radio industry professionals. Subscribe here to receive the next edition.

Need a new or improved logo for your radio station? Visit OhMy.Graphics and see how awesome you can look.
Posted on Thursday, September 2nd, 2021 at 5:53 pm by Guest