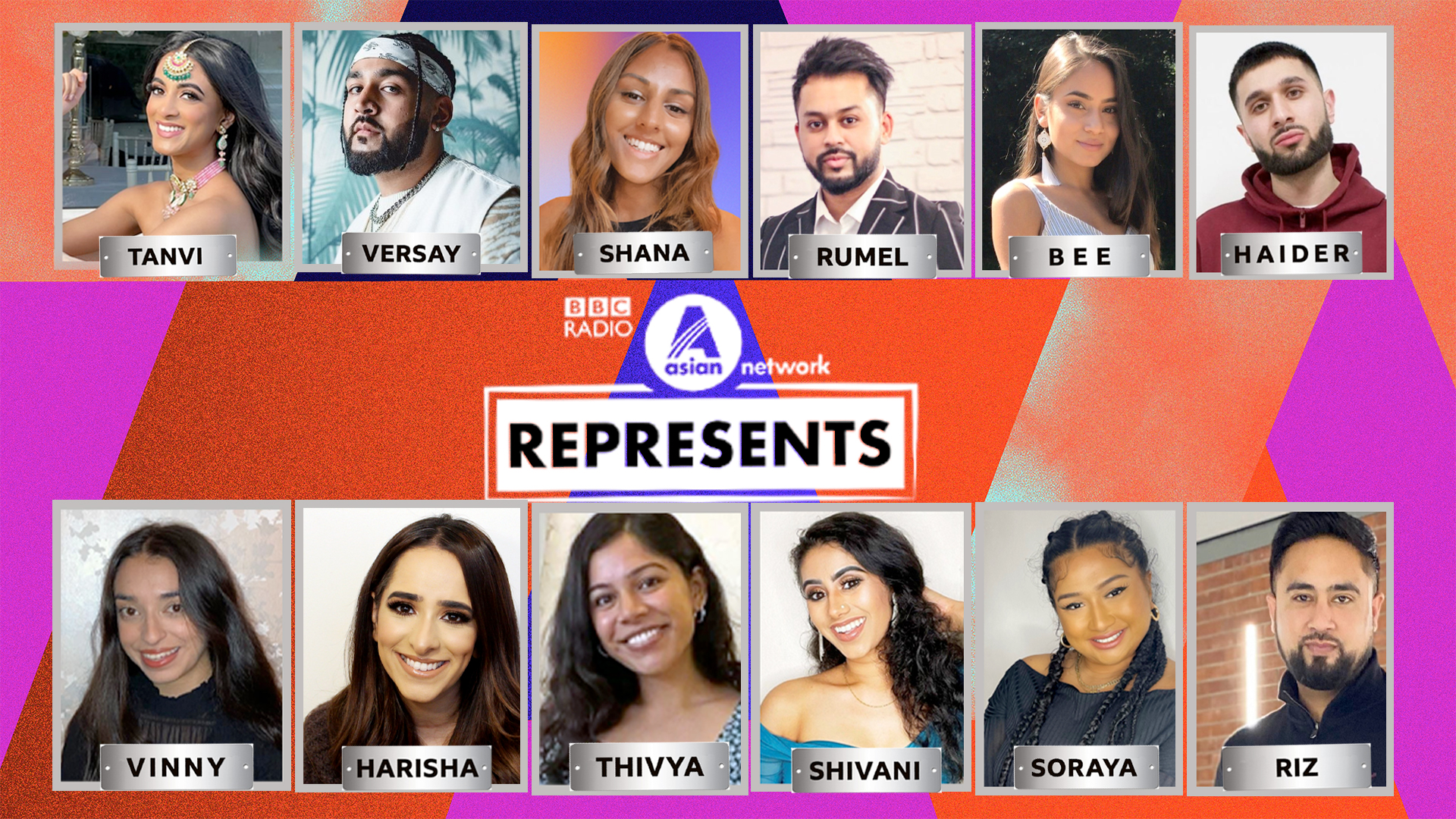 Following the launch of the initiative in 2021, BBC Asian Network has once again led the search for the best up-and-coming presenter and radio talent across the UK.

The twelve successful applicants for 2022 will have the opportunity to host a full month of Sunday night shows (9pm – 11pm), sharing their unique voices and music taste with a nationwide audience.

For several of the presenters, hosting on BBC Asian Network will be their first-ever role in radio. This includes influencer, model and full-time financial consultant Tanvi Shah who will take on the first slot in March, before handing over to Luton-born rapper Versay who has previously been supported by tastemakers such as 1Xtra’s Target.

By day, Shana Gujral from Essex is an entrepreneur and innovator who has created her own tech platform and will host her own show in May, with music enthusiast Rumel from Oxford presenting in June.

Bee Hirani who found her love of radio at her university’s student radio station while studying Performing Arts, will take on the slot in July before handing over to British Pakistani podcaster Haider Ali from Watford in August. 22-year-old Vinny Aulak is a recent graduate from Leamington Spa who will host Sunday nights in September and healthcare worker Harisah Moghal from Birmingham will take the reins in October.

Taking on the slot later in the year will be proud North-West Londoner Thivya Jeyashanker, and final-year Law student Shivani from Brighton.

To kick off 2023 will be Soraya Assadar from London who aims to represent her Bengali culture during her shows in January and for the month of February hailing from Oldham, will be Riz Khan. With a true passion for education, Riz has worked as a teacher while also dedicating years to presenting his own show on community radio, inspiring a celebration of British Asian culture.

Rumel says, “Being part of BBC Asian Network’s Represents is honestly a dream come true. The radio is what kept our parents going, it’s what keeps us going and it’s what we should keep pushing so that the next generation can understand and appreciate it even more. I’m proud to be a British Asian and even more proud to work in an industry that highlights and proudly showcases British Asian music and culture.”

Soraya says, “I’m a people’s person. I’m a chatterbox. But most importantly, I’m a Mother. Life has definitely given me lemons and I’ve only just started making my lemonade. I’m grateful for this opportunity and can’t wait to see what this new year brings!”

Shana says, “Having spent time on university and grassroots radio, it’s a dream come true to host a show on the BBC Asian Network. I really hope to inspire diverse talent to live confidently in their own skin and to be proud of their culture through storytelling, music and more!”

Head of BBC Asian Network, Ahmed Hussain says, “Last year’s Asian Network Represents showed us how much talent is out there, and this year was no different. It’s never an easy job to pick twelve people from the hundreds of applicants who’ve taken the time and effort to submit their demos. Every single one of our new presenters represents something different from right across the UK and the South Asian diaspora, and we look forward to working with them over the next 12 months! Welcome to the Asian Network Family!”

BBC Asian Network launched the search for new presenters in October, searching for talent who needed no previous radio experience, only a passion for British Asian culture and the latest in music and entertainment. The successful applicants will have the opportunity to follow in the footsteps of Represents alumni such as Serena, who now hosts her own show Asian Network Chill (Monday’s 9 – 11pm), as well as Jeevan Ravindran who hosts a Sunday evening show on a fortnightly rotation.

All 12 presenters (in the order of their shows):

Need a new or improved logo for your radio station? Visit OhMy.Graphics and see how awesome you can look.
Posted on Monday, January 24th, 2022 at 3:07 pm by RadioToday UK