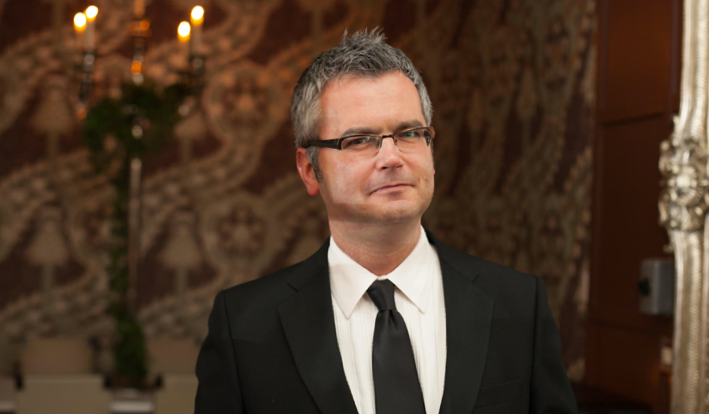 The new role will help to shape the station’s long-term comedy strategy and will be undertaken alongside Geoff’s existing commitments.

The appointment will see Geoff supporting Union JACK in its ambition to increase its comedy credentials for both listeners and the comedy industry, introducing new radio formats and opportunities for live show production; amplifying its current comedy assets; supporting and nurturing new and established talent; presenting new opportunities and redefining what comedy on the radio can be; and strengthening the station’s link with the comedy industry.

Geoff established Leicester Comedy Festival in 1994 and has led the growth of the annual festival ever since. He said: “I’m so excited to be undertaking this new role with the Union JACK team; I’ve always loved both radio and comedy, so combining these two passions is a fantastic opportunity.

“I first met the folk from Union JACK last summer and we have so much in common. The radio station and Leicester Comedy Festival each focus on celebrating great British comedy and supporting new and emerging talent, so there is a natural opportunity for me to play a role in the continued development of both.”

Giles Gear, Programme Manager at Union JACK radio, said: “Union JACK’s unusual appointment of a Director of Comedy is a small step on a very exciting journey. We take our commitment to comedy seriously and we’re not a station that simply puts a comedian on the radio and hopes for the best.

“The industry experience that Geoff brings to the table is second-to-none, and will support us in our ambition to shine a light on brilliant up-and-coming comedians, as well as commissioning new and very distinct show formats.”