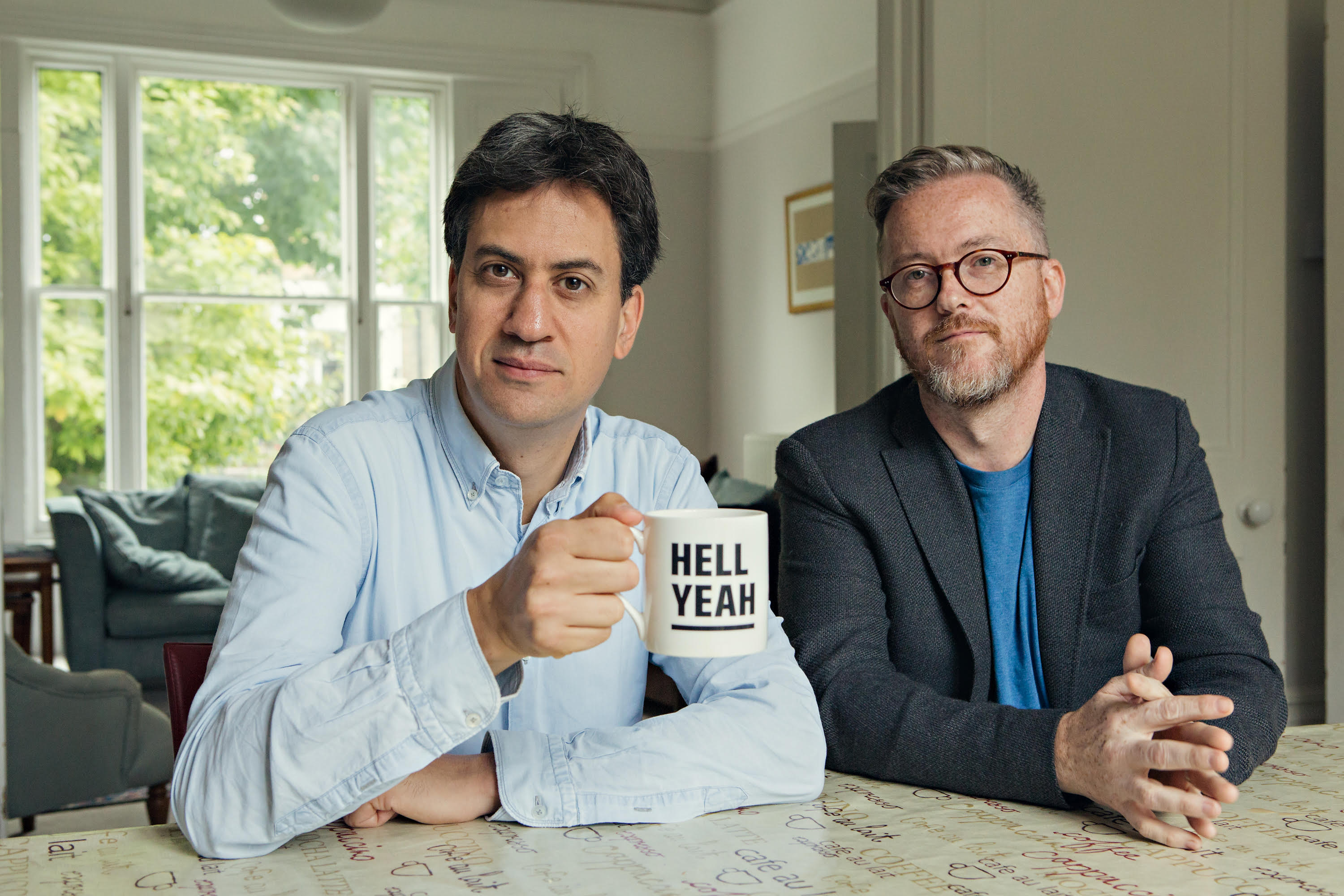 Geoff Lloyd is putting his Reasons to be Cheerful podcast partner Ed Miliband in the hot seat for the season finale of his Union JACK series.

Ed will be Geoff’s guest for the last Hometown Glory episode of the current run.

The show will be broadcast on Union JACK radio at 11am on Saturday 13 July, and will then be available as a podcast immediately after.

Giles Gear, Programme Manager at Union JACK radio, said: “Hometown Glory has seen some of the country’s finest comedians and quirkier famous faces interviewed on Union JACK with hilarious consequences; however, this series finale is something else!

“Ed clearly relishes the opportunity to put Geoff on the spot and to get his own back and this makes it a must-listen show. It sets the tone for some exciting plans that are already in the mix for series four.”

Need a new or improved logo for your radio station? Visit OhMy.Graphics and see how awesome you can look.
Posted on Monday, July 8th, 2019 at 3:14 pm by Local Reporter

Ed Miliband back at Radio 2 to cover Jeremy Vine