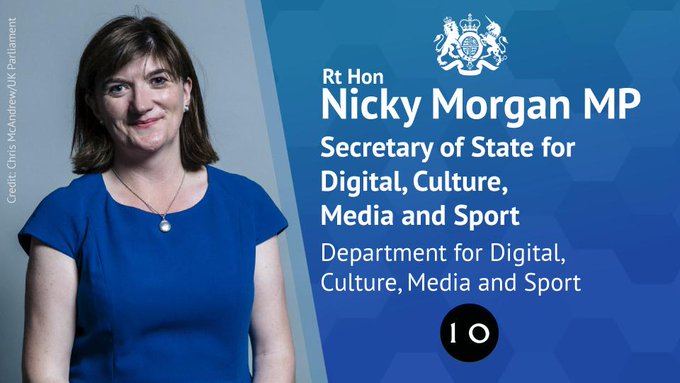 Nicky was re-elected as the Member of Parliament for Loughborough in the 2015 and 2017 General Elections and, in July 2017, she was elected by MPs on all sides of the House of Commons as Chair of the Treasury Select Committee.

On moving to the new role, the MP said: “An enormous privilege to take on this fabulous role – although I’m sad to move on from Commons Treasury which I have absolutely loved chairing. Thank you to my fellow Select Committee members & committee staff.”

The Rt Hon Nicky Morgan @NickyMorgan01 has been appointed Secretary of State for Digital, Culture, Media and Sport @DCMS pic.twitter.com/4wU7PSN9jj

Need a new or improved logo for your radio station? Visit OhMy.Graphics and see how awesome you can look.
Posted on Wednesday, July 24th, 2019 at 10:07 pm by Roy Martin