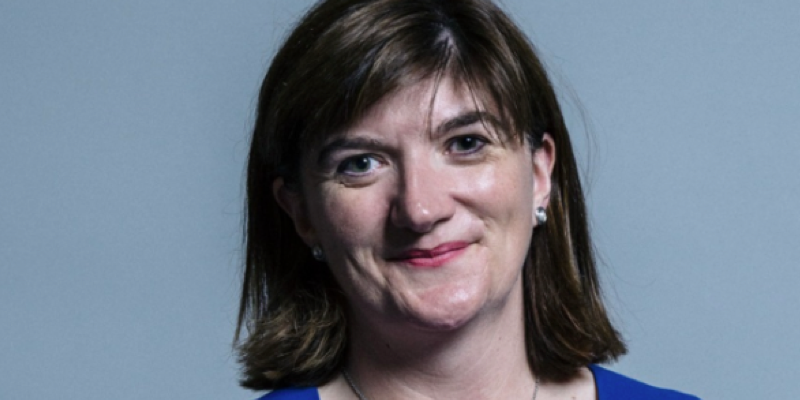 Nicky Morgan is staying on as culture secretary for digital, culture, media and sport, despite standing down as an MP.

She is taking a peerage and will sit as a cabinet minister in the House of Lords instead.

Nicky was re-elected as the Member of Parliament for Loughborough in the 2015 and 2017 General Elections and, in July 2017, she was elected by MPs on all sides of the House of Commons as Chair of the Treasury Select Committee.

She stood down as an MP last week.

Many, many congratulations to @JaneMHunt who will be a brilliant MP for #Loughborough https://t.co/JEaa1SofPV

Well it turns out that leaving the Cabinet is harder than leaving the EU! Am delighted to continue as @DCMS Secretary of State as the PM focuses on delivering our mandate in the vital first weeks of this new Government