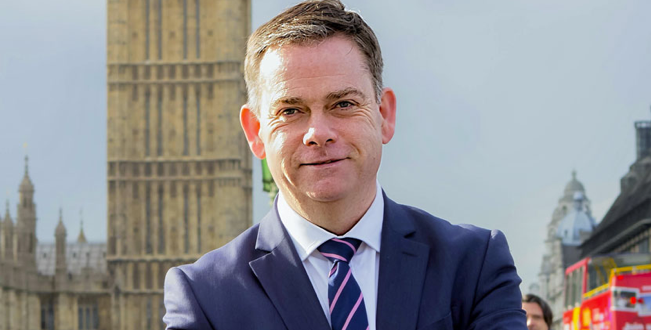 Nigel Adams has been appointed Minister of State at the Department for Digital, Culture, Media and Sport.

In a tweet, Nigel says he is looking forward to working with a fabulous team in the department. He will be responsible for radio regulation going forward.

Nigel replaces Margot James who resigned last week after a year and a half in the position.

His appointment as minister follows the news that Nicky Morgan takes over from Jeremy Wright as Culture Secretary.

Nigel has been the Member of Parliament for Selby and Ainsty since May 2010.

Sarah Healey, @PermSecDCMS, welcomes Nigel Adams (@nadams) Minister of State at the Department for Digital, Culture, Media and Sport to the department pic.twitter.com/gxwDh2e0nw

Need a new or improved logo for your radio station? Visit OhMy.Graphics and see how awesome you can look.
Posted on Friday, July 26th, 2019 at 10:41 am by Local Reporter