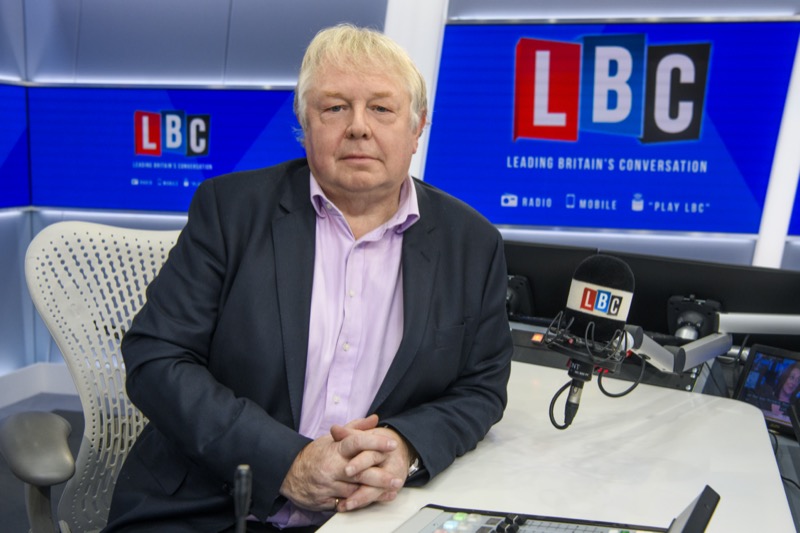 All the winners have been announced for the IRN Awards 2020, including the Gold Award going to LBC’s Nick Ferrari.

Accepting the award, Nick said: “These are strange times to be receiving an award but I know it’s great that there are many class Global acts that are on the list so for me to actually receive one means a lot. Thank you so much.”

The virtual event was hosted by Sky News presenter Kay Burley who announced the winners via a special live stream after the usual proceedings at Sky Cinema had to be adjusted in light of the coronavirus pandemic.

News Team of the Year (Over 1.5m TSA)
Radio City

News Team of the Year (Under 1.5m TSA)
Northsound News

Reporter of the Year (Over 1.5m TSA)
Rachael Venables – LBC

Commenting on the awards, IRN and Sky News Radio Editor Dave Terris said: “It is important to recognise the quality, enterprise and tenacity of commercial radio journalists who consistently deliver a broad range of stories that put people at the heart of their coverage.

“The IRN Awards celebrate the impressive array of talent across the network which continues to produce engaging and distinctive content for millions of listeners who rely on trusted, comprehensive news and sport. I would like to congratulate all the winners and thank everyone who helped make the event happen in challenging circumstances.”

IRN Managing Director, Tim Molloy said: “Radio is consistently found to be among the most trusted sources of news and information and these annual IRN Awards consistently highlight why this is so.

“What cuts through when listening to the nominees in each category is not just the skill and professionalism in creating carefully crafted short packages and bulletins but also the determination to tell a good story, through the experience of those most affected by the news.

“In this way the reality of knife crime, drug addiction, mental health, teenage suicide, homelessness, and the county lines gangs, is brought to life for the station’s audience. Congratulations to the winners and thank you to everyone who took the time to enter, and thank you also to our judges who freely gave up their time to pick the best out of a very good bunch of entries.”

See what the event organisers had to say about the night below:

talkRADIO won the ‘Best Interview’ Award after the Prime Minister told Ross Kempsell that the UK would be leaving the European Union by October 31st ‘do or die.’ The judges described it as a ‘scoop’ which haunted the PM as the deadline came and went.

Radio City in Liverpool was awarded ‘News Team of the Year’ in the over 1.5m TSA category for its ‘ability to produce atmospheric content filled with arresting voices, colour and emotion.’ The judges said the station’s entry ‘showed genuine presence from journalists fully embedded in their community.’

Aberdeen’s Northsound News won ‘News Team of the Year’ in the under 1.5m TSA version. They ‘demonstrated strong reporting, creative storytelling and powerful interviews that had impact’ according to the judging panel.

For the second successive year, LBC’s Rachael Venables was named ‘Reporter of the Year’ in the over 1.5m TSA category. Her reporting was hailed as ‘authoritative and sure-footed’ by judges who praised her capacity to ‘combine high quality journalism with an enviable ability to seek out exclusives.’

‘Personality shines through’ Natasha Reid’s reporting according to judges who awarded the West FM journalist ‘Reporter of the Year’ in the under 1.5m TSA. They said: ‘from interviewing emotional families to live reporting at the scene, she is very capable of adapting her style to ensure she’s getting the most from her contributors.’

Bauer Yorkshire’s ‘Investigation into School Isolation Booths’ was the winner of the ‘Best News Special or Feature.’ The story, about the use of booths as a form of discipline, was cited as ‘great original journalism supported by strong case studies and highly creative use of audio and interviews.’

Global’s North West Newsroom won the prize for Best Sports Coverage for its ‘huge variety of stories, angles and colour.’ The judges said the entry showed that the team ‘clearly knows its audience’ and covers sport in an ‘engaging and informative way.’

Leading the way in the Campaigning Journalism Award was Radio Clyde’s ‘Lead the Way: Change Scotland’s Dog Laws.’ Described by the judges as ‘superbly executed from idea to outcome’ the panel praised the ‘originality of the concept – to protect people from dangerous dogs – which ended up in front of the very people who could change the law.’

Katie Radley from Global’s Newsroom Yorkshire and North East was the recipient of the ‘Newsreader of the Year’ in the over 1.5m TSA category. Judges remarked on her ‘confident and relatable delivery’ and ‘flair for presentation.’ Free Radio’s Polly Bayfield was the ‘stand-out’ winner in the under 1.5m TSA version. She ‘combines powerful and emotive audio with creative treatments and is equally at home reading bulletins in the studio or on location’ according to the judges.

There was further success for Free Radio with Helen Hoddinott being named the ‘Newcomer of the Year.’ Her ‘confident and descriptive delivery’ was highlighted by the judges who also said she demonstrated a ‘real flair in her broadcasting, producing an impressive range of stories including an investigation into students being attacked on their way home from nightclubs.’

‘An extremely talented journalist who demonstrates expertly written and edited packages’ was the endorsement of Amelia Beckett from the University of Sheffield who won the Student Journalist of the Year award, supported by the Broadcast Journalism Training Council.

Barnett and Ferrari host After The News on ITV

LBC’s Iain Dale & Shelagh Fogarty to stay up all night