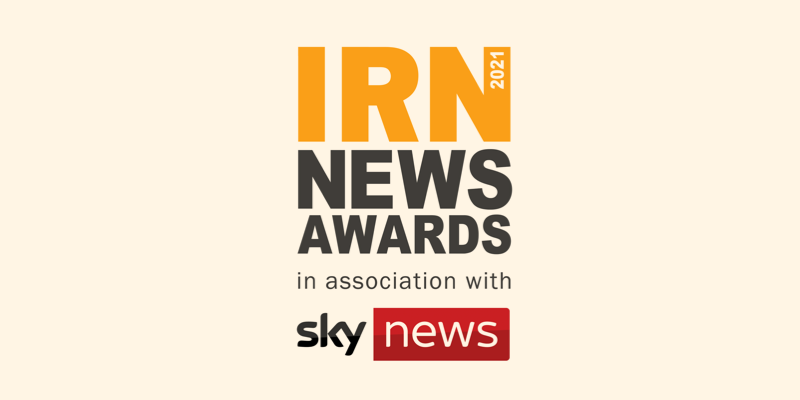 The shortlist for the 2021 IRN Awards in association with Sky News has been revealed.

The nominations were announced by Sky News presenter Anna Jones ahead of a special video ceremony on Thursday 15th July at which the winners and the recipient of the IRN Gold Award will be revealed.

There are 12 categories including the Student Journalist of the Year prize, which is supported by the Broadcast Journalism Training Council.

And the nominees are:

Newcomer of the Year:

Newsreader of the Year (hubs or stations under 1.5m TSA):

Newsreader of the Year (hubs or stations over 1.5m TSA):

Reporter of the Year (hubs or stations under 1.5m TSA):

Reporter of the Year (hubs or stations over 1.5m TSA):

Student Journalist of the Year – supported by the BJTC:

News Team of the Year (hubs or stations under 1.5m TSA):

News Team of the Year (hubs or stations over 1.5m TSA):

IRN Editor and Chair of Judges, Dave Terris said: Despite the challenges of reporting the coronavirus pandemic, news teams have adapted superbly and continued to innovate to produce high quality journalism. These nominations demonstrate the importance of people focused stories, investigations and campaigns that affect the millions of listeners who rely on commercial radio news and sport. Congratulations to everyone who has been shortlisted and my thanks to the judges for supporting the Awards.

Need a new or improved logo for your radio station? Visit OhMy.Graphics and see how awesome you can look.
Posted on Thursday, June 10th, 2021 at 12:23 pm by RadioToday UK