Matthew Wright to do afternoons on talkRADIO 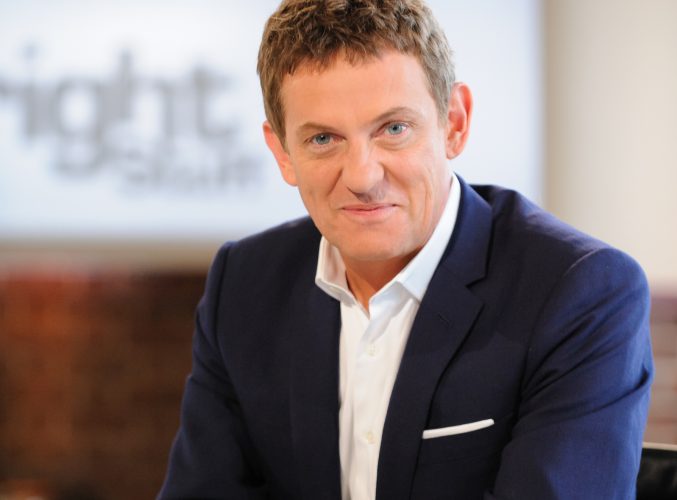 Wright recently finished his daily Channel 5 TV show after 18 years – a slot taken over by Jeremy Vine from today.

Matthew is a former Sun and Mirror journalist, and alongside his TV presenting work has done cover presenting on Radio 2 – including for Steve Wright and Jeremy Vine.

He’ll be joined on talkRADIO by Kevin O’Sullivan, who currently does the 1-4pm slot on London station LoveSport Radio.

Matthew Wright said: “I’m absolutely thrilled to be joining talkRADIO at this fascinating time in history when there’s so much to discuss and debate. My new afternoon show will see me team up with Fleet Street legend, critic Kevin O’Sullivan – two real-life chums who don’t agree on anything! Free of the restrictions imposed when I was on the goggle box, I’m looking forward to full-on phone-ins and laughs a plenty, not just with talkRADIO’s growing army of loyal listeners, but with an array of celebrity guests too. It will all kick-off at 1pm on Monday 10 September when I’m planning on not just discussing the news, but making it too.”

talkRADIO programme director Dennie Morris added: “We’re absolutely delighted to welcome Matthew Wright to talkRADIO. I’ve worked with Matthew previously and know from first hand experience the passion and commitment he brings to everything he works on. I know our audiences are going to love his new show.

Jamie East will continue at the station with his new weekend show, East World, on Sunday afternoons.

“In addition to his new Sunday show, which will be brilliant, we’re looking forward to hearing more from Jamie across talkRADIO,” Morris added.

I have the full support of both the manager and board.

talkRADIO announced in January that Jamie East would only be doing the afternoon show until April and that a new name would be announced later, but Jamie has continued on the programme ever since. The changes introduced earlier this year also saw the arrival of Eamonn Holmes at drive time and Julia Hartley-Brewer moving to breakfast. Since then, names including Dan Wootton and Jeremy Kyle have been added to the talkRADIO line-up.

Need a new or improved logo for your radio station? Visit OhMy.Graphics and see how awesome you can look.
Posted on Monday, September 3rd, 2018 at 4:05 pm by RadioToday UK