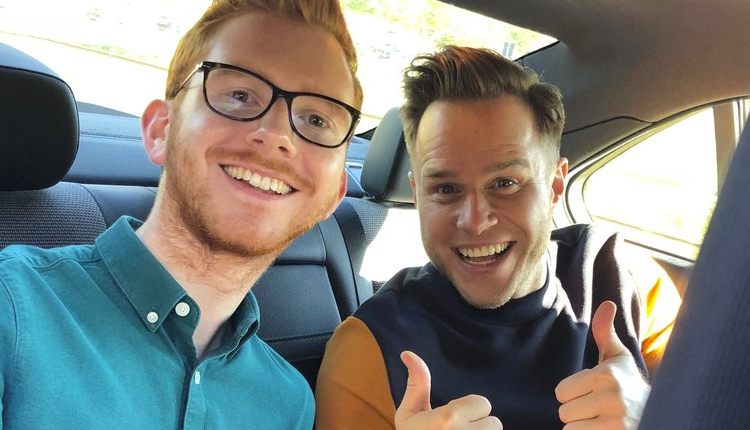 Olly Murs found himself caught up in today’s bomb scare in Lincoln on his way to Lincs FM, so the station went to him instead.

Presenter Joseph Begley and Head of Music Eddie Shaw set off to find him and ended up interviewing him in his car, after a huge cordon put in place in the centre of Lincoln, when a suspect package was found on a bus.

Eddie Shaw told RadioToday: “I’m not sure if it is a first for Olly, but it’s certainly a first for Lincs FM to interview a pop star in the back of a car, under such circumstances. He was only too happy to record the interview and found the whole thing hilarious!

“Passers-by had no idea The Voice Coach was inside the vehicle, being interviewed.”

We go the extra mile for @ollyofficial and our listeners..literally! Olly Murs was stuck in this afternoon's chaos, not wanting to miss our interview with him, Joseph Begley & Eddie Shaw chatted to him in the back of a car! Keep listening to Joseph tomorrow morning to hear more! pic.twitter.com/t53cqBPVCa

Need a new or improved logo for your radio station? Visit OhMy.Graphics and see how awesome you can look.
Posted on Tuesday, October 9th, 2018 at 5:19 pm by RadioToday UK