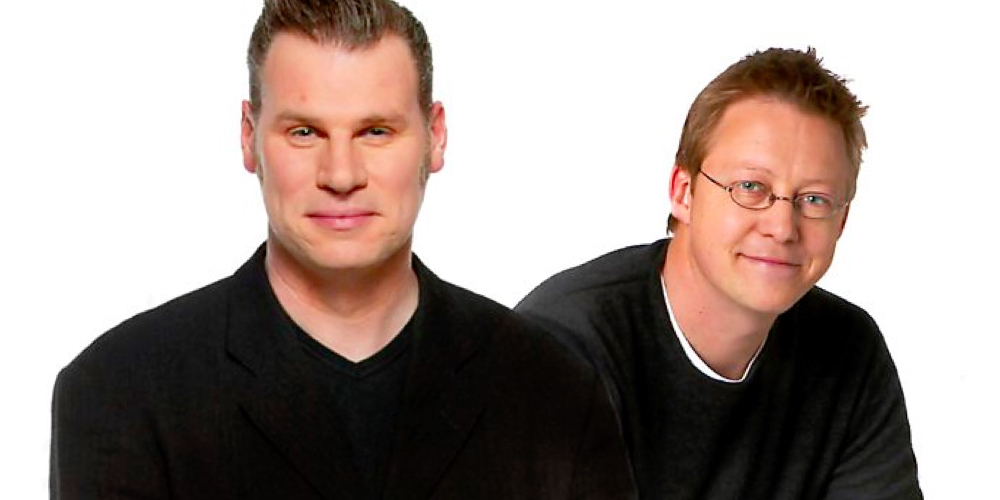 Simon Mayo and Mark Kermode are bringing their Film Review on BBC Radio 5 Live to an end after 21 years.

The last show will be on April 1st following which RadioToday understands the Drive show will be extended to cover the slot.

In an announcement on Twitter, they said: “21 years is a long time to be clogging up the schedules. We and no one else – have decided to step away… To Withdraw… to spread our wings… to exit, pursued by a bear.”

Whether the show will resurface on another platform or radio station has not been announced, and we await further details from the BBC.

Simon continues his Drive show on Greatest Hits Radio for Bauer whilst Mark continues his other work at the BBC including Screenshot at Radio 4.

After 21 years (and as many drummers) the Flagship Film Show @wittertainment will make its final 5Live voyage on April 1st.
But like Tap, we’ll be back …
Stay tuned.
Long live Wittertainment! pic.twitter.com/ygpJS1VybM

Simon Mayo has announced that Kermode and Mayo's Film Review is coming to an end on @bbc5live. The last show will be on April 1st. pic.twitter.com/RVXt3gWomO

Need a new or improved logo for your radio station? Visit OhMy.Graphics and see how awesome you can look.
Posted on Friday, March 11th, 2022 at 3:23 pm by RadioToday UK