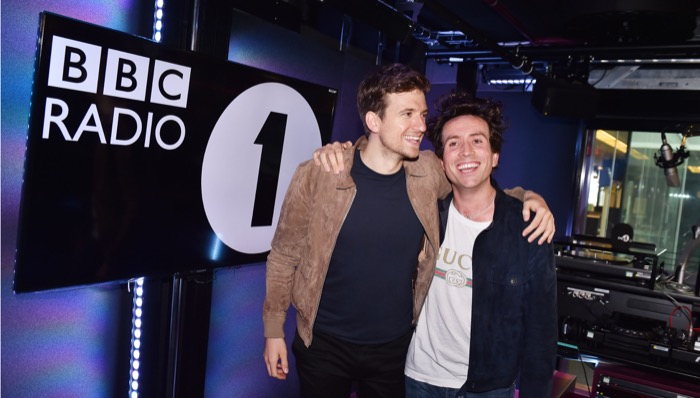 Nick Grimshaw left the BBC Radio 1 Breakfast Show with half a million more listeners than a year ago – handing them to Greg James who took over the show halfway through the last quarter.

In London, Capital is back on top with almost 2,100,000 listeners according to Reach in the London commercial radio battle, as Kiss slips back under the 2m listener mark (1,958,000). Magic is in third place (1.5m) whilst Heart comes in 4th (1.4m). But BBC Radio 4 continues to lead the London Reach with 2.4m listeners.

Capital Breakfast with Roman Kemp is London’s no. 1 commercial breakfast show with 930,000 listeners

LBC’s Nick Ferrari at Breakfast increases his national audience to 1.2m listeners across the UK. He continues to be London’s no. 1 commercial breakfast show in hours and share, adding 141,000 new listeners in the past 3 months alone

Heart London Breakfast, with Emma Bunton and Jamie Theakston, has grown its reach by over a third in the last 12 months. The show now attracts 652,000 listeners a week, 115,000 more listeners than the last quarter

Chris Moyles achieves a record high on Radio X Breakfast with 921,000 listeners, adding nearly 100,000 listeners in the past year

Union JACK achieves over half a million listening hours (508,000) for the first time in the brand’s history

The digital stations continue to grow (full story here) as Absolute 80s brings in 1.7m weekly listeners, Heart 80s grows to 1.35m and BBC Radio 6 Music has its highest ever Reach with 2.5m

Radio X gets a record reach for the seventh consecutive quarter – achieving another new high with 1.7m people across the UK tuning in every week

talkSPORT 2 listeners are now listening longer than ever with the station posting its highest ever hours – with 1.1m listening hours each week

Heart continues to be the UK’s biggest commercial radio brand, reaching 9.7m people every week and adding 175,000 listeners in a year.

Heart 80s has added more than a quarter of a million listeners in a year, with nearly 1.4m people tuning in each week

LBC in London grows in reach, hours and share, both quarter-on-quarter and year-on-year, with 1.3m listeners now tuning in every week

Capital XTRA now reaches a record high with 1.8m people tuning in every week – up 376,000 listeners in one year

Gold celebrates its highest reach in more than 4 years, with an audience of 1.3m listeners every week

The Official Vodafone Big Top 40 has more than 2.1m weekly listeners, 686,000 more than the UK’s next biggest chart show. This time next year could be a different story as the chart goes exclusive to Capital and Heart

BBC Radio 4 posted a weekly reach of 10.64 million during the quarter (10.60m last quarter and 11.22m last year) and a share of 11.6% (11.7% last quarter and 11.8% last year). The Today programme (Monday – Saturday) has 6.98m million listeners each week, it was also 6.98m last quarter and 7.17m last year. In 2017 there was a record number of listeners during a period of significant news events with listening figures returning to usual levels. Over the last year we’ve seen approximately 15% increase in online live streaming and on demand listening. Alongside some of our popular news podcasts, such as Political Thinking and Brexitcast, it’s clear listeners turn to the BBC for trusted and comprehensive news coverage and are increasingly listening digitally.

Bob Shennan, Director of BBC Radio and Music, said: “More than 34m people tune in to BBC Radio each week and the latest figures shows we have both stabilised linear listening and grown digital. Whilst millions continue to listen every day we’ve also been reinventing radio to expand our digital offer for the increasing number of online listeners. We’ve focused on both digital live listening and on demand, and last month we had a record number of podcast downloads in the UK. Next week we launch BBC Sounds bringing more content than ever before to audiences on a new digital platform.’

Ashley Tabor OBE, Founder & Executive President of Global, said: “Another strong card for Global, seeing Capital win in London and Roman Kemp win at breakfast, as well as Global retaining the 1, 2, 3 commercial radio brands in the UK yet again. A testament to the hard work of an incredible team @global.”

Richard Park, Group Executive Director & Director of Broadcasting at Global, said: “This is a really strong set of results. On LBC, Nick Ferrari at Breakfast is again London’s no.1 commercial breakfast show for hours and share with a whopping 20% audience rise. Smooth celebrates achieving a record 5.8 million weekly listeners and with Radio X and Capital XTRA we have seen yet more record highs. These figures from the Global portfolio signal our focus on reaching and engaging with listeners right across the country. I’m also particularly pleased to see Heart retain its lead as the biggest commercial radio brand in the UK reaching 9.7 million listeners across the country.”

Scott Taunton, Wireless CEO, welcomed the latest set of RAJARs saying: “This is a strong set of results: we’ve grown in hours and reach across our national and local stations. That’s a fantastic performance in the context of a highly competitive marketplace.

“And looking forward – I’m excited about the impact our continued investment in premium sports rights and new talent will make in driving growth in the months ahead. Legions of cricket fans have already been drawn to our exclusive coverage of England vs Sri Lanka. Jeremy Kyle and Matthew Wright are definitely making their presence felt on talkRADIO. And there’s the small matter of Chris Evans – the most popular broadcaster in the English-speaking world – landing back where he belongs in the Virgin Radio breakfast slot in the new year!”

Dee Ford, Group Managing Director Radio, Bauer Media, said, “Commercial radio has never been more exciting, capturing the hearts and minds of audiences and these figures show it. This RAJAR, the Magic, Absolute Radio and KISS networks have all had their best-ever performances! At Breakfast, huge congratulations must go to Dave Berry on Absolute Radio, who has smashed all previous records and is the host of the number one commercial breakfast show in the UK. Gethin Jones, Gemma Atkinson and Dave Vitty are growing a new national audience on Hits Radio, just months in. The expert curation of exciting music formats such as Absolute 80s and 90s and KISSTORY – all pioneered by Bauer in a digital age – have become firmly established and have grown into much-loved brands.”