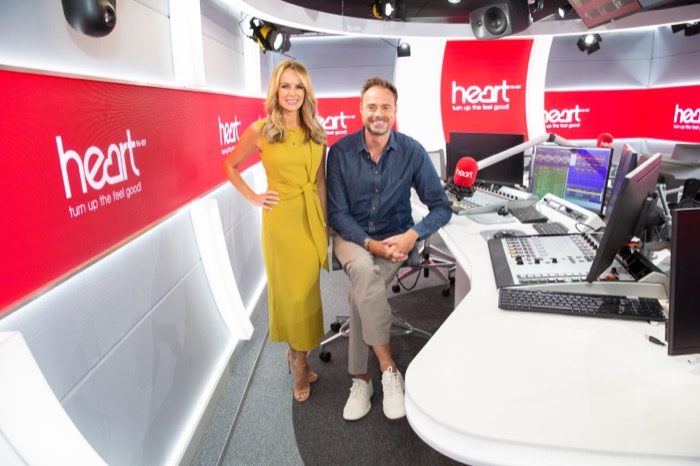 The big stories from the regions are that Heart has increased its audience despite rolling out a national breakfast show, and Greatest Hits Radio stations are taking a beating under their new names.

For the Heart brand, overall, it has seen an increase in listeners since taking its breakfast show national. It now has 9.8m weekly reach compared with 9.7m last quarter and 9.6m last year.

In the regions, seven Hearts went up including Scotland and North East England, nine went down including West Midlands and two stayed the same.

At Capital, the national figure dropped from 7.1m to 7m in the last three months, and down from 7.4m 12 months ago, with all but three of the ‘new’ regional stations losing listeners. Capital North West (Lancashire (2BR) and Manchester), but Yorkshire, Midlands and Scotland lost listeners this quarter. Capital stations are surveyed half-yearly.

One of Bauer’s latest regional brand, Greatest Hits Radio, has seen an overall increase this quarter. The network has 1.2m compared with 1.1m three months ago.

At the Hits Radio FM Network, the flagship Manchester station took another hit this survey. Hits Radio Manchester had 325k listeners a year ago, but is now on 246k – another record low. Around the stations, 13 went up, including Clyde 1, Cool FM, Free Wolverhampton and Metro, whilst eight went down, including Radio City, Free Birmingham, Gem and Viking FM.

The overall figure for BBC Local Radio in England remains mostly the same at 5.5m listeners each week.

Around the network, 16 stations went up including Berkshire and Cumbria, 21 went down including Leicester, Humberside and Leeds, and three stayed the same.

BBC Nation stations are relatively the same – although BBC Radio Scotland lost 78,000 listeners year on year, whilst Radio Wales went up by 51,000.

The group of radio stations formerly known as Wireless Local in England & Wales has had another solid set of numbers despite the uncertainty in the group.

Managing Director, Iain Fowler commented: “I’m thrilled with these results in what is a rapidly evolving radio landscape. They are a testament to the hard work of our talented teams who create engaging and entertaining radio every day.”

Group Programme Director, Terry Underhill said; “This is another great day for our group of stations and I’m delighted that the hard work and commitment shown by our presenters, news teams and programmers has once again paid off!”

Fire Radio has dropped from 57,000 to 44,000 quarter on quarter, one of its lowest figures in recent times.

Lincs FM is up year on year but down quarter on quarter. It now has 311,000 listeners each week.

Quidem stations, soon to become part of the West Midlands Capital network, have all seen an increase in weekly reach this quarter, with the exception of Touch FM Warks which lost 4,000 listeners.

More Radio has recovered from its bad book last quarter, it now has 49,000 weekly reach compared with 27,000 last quarter.

Chris Country has almost doubled its weekly reach this quarter, going from 23,000 to 44,000 – taking it back to where it was a year ago.

The team at RadioToday manually look at every RAJAR result, every quarter, comparing quarterly and yearly differences in Weekly reach. If we have missed a significant increase or decrease, let us know and we’ll add an observation here. If you have a press release, send it on over to newsdesk@radiotoday.co.uk.

Need a new or improved logo for your radio station? Visit OhMy.Graphics and see how awesome you can look.
Posted on Thursday, October 24th, 2019 at 12:03 am by Roy Martin