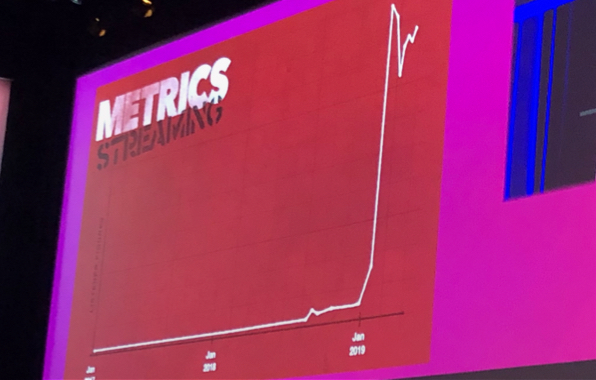 Official listening figures for RAJAR Q1 2019 have been delivered to participating radio stations across the UK.

The numbers are under embargo till midnight, and RadioToday will once again bring you the headlines as soon as the embargo has been lifted.

All eyes will be on two of the major changes which took place around the beginning of the quarter, with Zoe Ball starting on BBC Radio 2 Breakfast and Chris Evans joining Virgin Radio.

It is widely expected that Virgin Radio will be in for a sharp increase, following Chris joining the station. The above image shows the streaming stats from Virgin Radio, with a small peak on the announcement, followed by the first show.

It’s also the first breakfast show RAJAR for Lauren Laverne on 6 Music and Tom Green and Daisy Maskell on KISS FM. Virgin Chilled and Virgin Anthems will also get their first numbers, along with “Greatest Hits Radio, Love Sport, Nation Radio Scotland and The Voice.

RIGHT. 60 of you have guessed a weekly reach figure for Virgin Radio tomorrow. The 'book' is still open until 10.29am tomorrow. Prize for the closest! TWEET ME.
SO FAR: https://t.co/GOS2liYBKN

Need a new or improved logo for your radio station? Visit OhMy.Graphics and see how awesome you can look.
Posted on Wednesday, May 15th, 2019 at 2:13 pm by Roy Martin