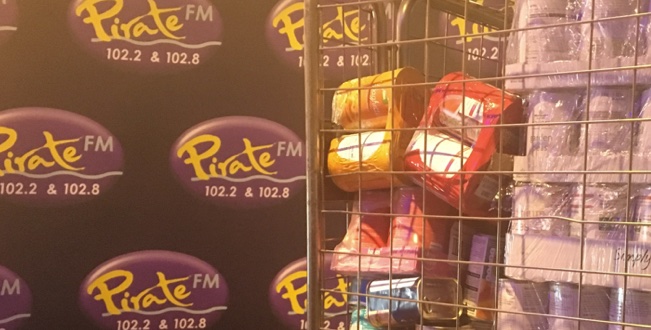 Pirate FM has produced a film about how it raised more than 20 times its target collecting tins for foodbanks.

The station’s Managing Director Mark Peters came up with the idea after hearing a news bulletin about how desperate foodbanks had become and the types of people using them.

“When I was pitching it to the team, I wasn’t sure in my own head if we would hit a tonne, which was the target, let alone the 20 tonnes we raised in one month. But I knew something had to be done,” he said.

“I just imagined what it must be like to be at home and unable to feed yourself and your family, especially if you have children,” he said.

“It just struck a massive chord with me that the problem was as big as it was, the need was as dire as it was and as a radio and media brand in Cornwall that we should do something about it.”

The documentary, A Tonne of Tins, was shot over a month and features interviews with people who have needed and run food banks, as well as the station’s 20-tonne triumph.

Need a new or improved logo for your radio station? Visit OhMy.Graphics and see how awesome you can look.
Posted on Thursday, August 1st, 2019 at 2:22 pm by RadioToday UK